VPN VS Proxy: Who Is Better for Privacy, Security and Connection Speed

Since many networking noobs have no idea on what’s the difference between VPN and proxy, this VPN vs proxy article will demonstrate 4 main differences to figure out who’s faster, more secure, and truly better.

The Internet is not as free and harmless as you think. We are not only under various network supervision and limitations but also surrounded by constant digital threats like ransomware, phishing, malware and many more. This is why VPN and proxy are created to realize freer and safer online acts.

In simple terms, VPN and proxy are two similar technologies to reroute the network connection and hide IP address & change it to a new one, helping users achieve online anonymity and access region-blocked content. Although they both act as men-in-the-middle to transmit the traffic, they work in completely different ways, which absolutely result in varying levels of privacy, security, and speed.

Then what is VPN / proxy? What’s the difference between those two popular internet connection approaches? Which one should you choose for (faster & safer) torrenting, web surfing, gaming, streaming, shopping, and so forth activities? Do keep reading, you will be informed on all of the answers to these questions.

VPN vs. Proxy: The Difference on Definition and Major Purpose

“In computer networking, a proxy server is a server application or appliance that acts as an intermediary for requests from clients seeking resources from servers that provide those resources.”

From the statements above, we can easily reach that:

VPN has all functions that proxy has, but more than that. That said, VPN is the upgraded version of proxy. Besides IP masking and geo-unblocking features, extra data encryption is offered by VPN.

VPN vs. Proxy: Workflow Difference | Find out Who’s Easier to Use

VPN and proxy roughly generate similar workflows, however, there are some minor distinctions regarding setup, protocol usage, and encryption. To shed light on the more performance contrasts, we think simplifying the esoteric theoretical knowledge into a straightforward workflow picture at the very beginning is a must-do.

VPN: VPN service requires a client installation beforehand and the user can only gain access to its server with an authentication method (usually account + password). It builds an exclusive VPN tunnel to transmit and direct your traffic to the VPN server and then the internet with the protection of certain pre-loaded VPN protocols like IPsec and OpenVPN. Protection is always here just because all VPN protocols are born with encryption type, say AES. In this way, your activities will be hidden from the ISP, government, hacker, and so on to prevent their further operations on your information.

VPN works on the level of operating system, which means all traffic will go through the VPN server to arrive at the final destination, be it from the browser or application.

Proxy: User can configure and enable proxy directly within the browser or any app by applying available server address and port number under settings. Connected successfully, your real IP will be masked and replaced by a new IP of proxy server to visit internet via proxy protocols such as HTTP, HTTPS, and SOCKS.

Yep, it works mostly at an application level and there’s no tunnel encryption to keep data away from censorship, monitoring, and potential cyberthreats.

Generally speaking, VPN works in a more complex way due to tunnel creation and encryption. Nevertheless, customer-level VPN software is simpler to work with because everything is pre-built well. With only a client and authorized/purchased account, you can gain the benefit of its rich servers immediately.

Proxy is not such hard to use, too. But you will need to find out free or paid proxy server and sync the correspondent address and port information at your browser, app, or system setting. To some degree, for no-brainer users who expect one-click connection, VPN is slightly easier than proxy.

VPN vs. Proxy: Protocol Difference | Understand Who Has Better Privacy and Security

As mentioned above, VPN and proxy is embedded with totally different protocols so that the privacy and security level vary from one to another. Below are some commonly used protocols of VPN and proxy.

Note: You are informed that the actual security, privacy, and speed levels are also different from protocols. More detailed analysis post will be made in the near future.

VPN: VPN does have higher level of privacy and security. On one hand, it cloaks your true IP and distributes you a new one to make invisibility happen. On the other hand, it employs advanced encryption tech, such as military-level AES 265/128, to safeguard all traffic and data, keeping you stay away from government, ISP, advertiser, hacker and other third-party supervision parties and data collectors. More often, VPN providers will carry out “no-log policy”, surely premium VPNs, especially those with positive audit report, are more reliable.

Proxy: Since the priority thing of proxy is to bypass internet filter and remove the content blocking, it switches IP address and uses HTTP(s) and SOCKS protocols to access webpages, the latter of which is most commonly used one thanks to its friendliness to all traffic and overall performance. Despite that, there’s no data encryption at all, meaning your online actions and information are all under surveillance and take the leak risk.

Obviously, VPN provides better anonymity and security than proxy. If you don’t have requirement for data protection, proxy can be taken into consideration.

It’s hard to tell whether VPN is faster or slower than proxy because their real performances are variable and decided by protocol, server (location/load etc.), connection mode, local internet condition/usage, computer configuration and so on factors.

However, VPN is generally regarded as a faster solution (than proxy), even the internal data encryption process to some extent would slow down the connection.

If there’s no need to lock traffic and you tend to get a proxy, to guarantee a fast connection, you are suggested to pay for a private proxy, but not a public one.

To sum up, here we display some other useful VPN and proxy comparison results for you to make a wise decision.

Without doubt, VPN is better than proxy.

Firstly, VPN not just performs as a “proxy” to redirect traffic and make netizens enjoy online freedom for every web resource invisibly, but still forcibly encrypt the traffic and data to keep them off censorship and exfiltration.

2. VPN vs. proxy, which one should I choose?

There’s no fixed recommendation. You can simply make a decision according to your actual requirement。

Although VPN is superior to proxy in many aspects, if you only ask for a tool to disguise your internet identity and unblock any region-restricted content, proxy is competent in this work. Only when you want to raise the security bar and level up stability & flexibility are good VPN programs recommended.

A workman must first sharpen the tool if he or she is to do the work well. Here PandaVPN is such a first-in-class tool to recommend if you have strong willing to keep the browsing history private and obtain a safer internet connection. This cross-platform app works perfectly with Android, Windows, iOS, macOS, Linux and Android TV. By employing over 3000 servers located in 73 countries, 127 locations across the world, plus the advanced ECC encryption tech, PandaVPN enables everyone to break through web content restriction, fast accessing a wider range of news websites, social platforms, streaming services, games, P2P torrent sites etc. at the highest possible security level.

3. Is the free VPN or proxy safe to use?

Freeware is not suggested to use, always. If a VPN/proxy doesn’t charge you money, it gives either annoying ads, traffic & speed limit or 3rd-parties opportunity to snoop through your traffic and personal data. So think twice before equipping your device with such a freebie. 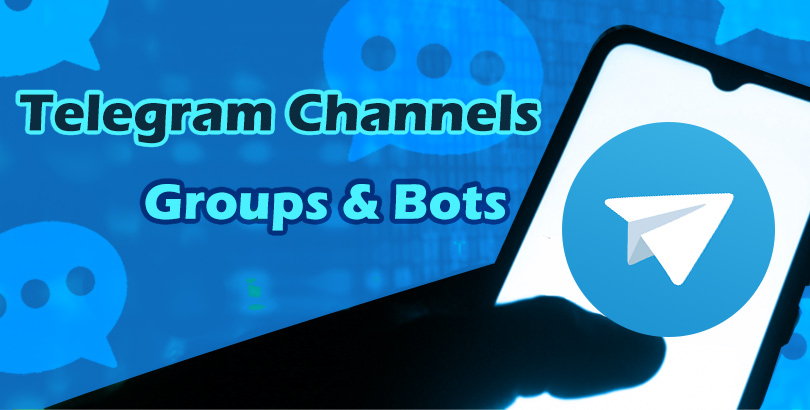 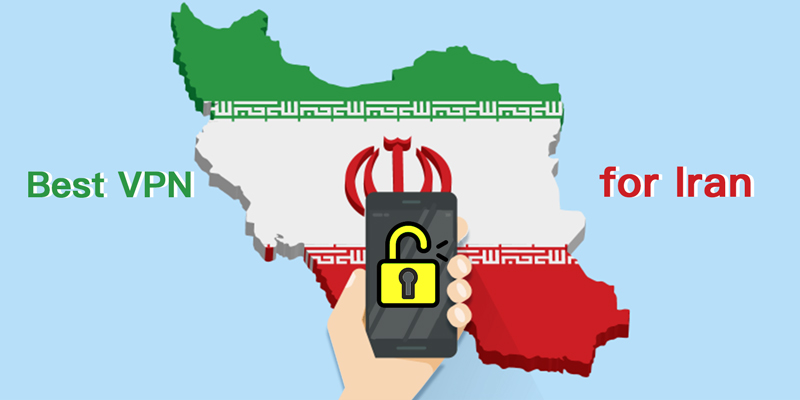 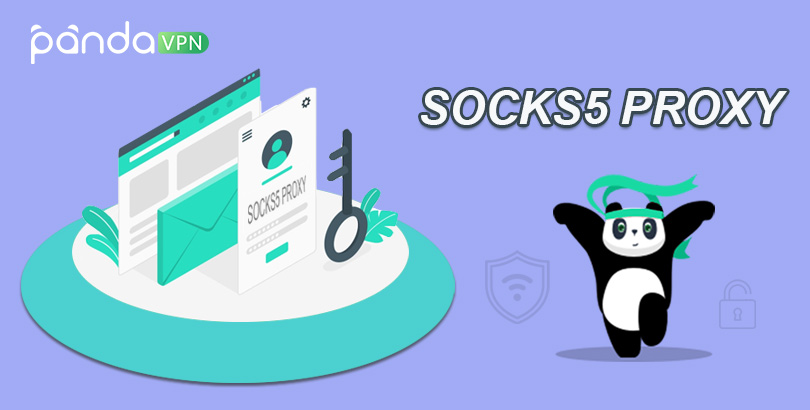 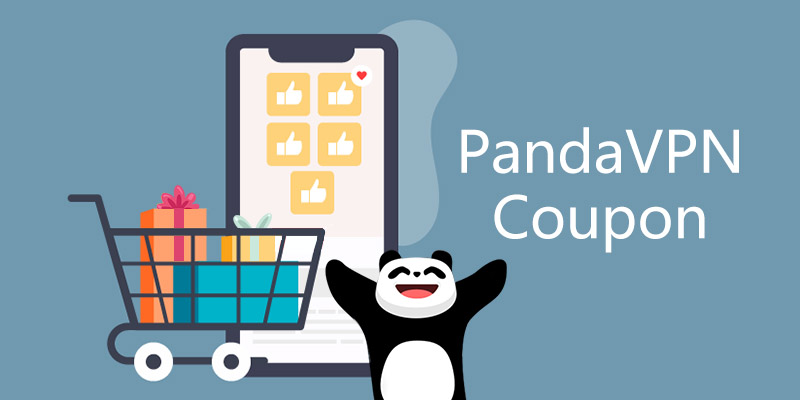 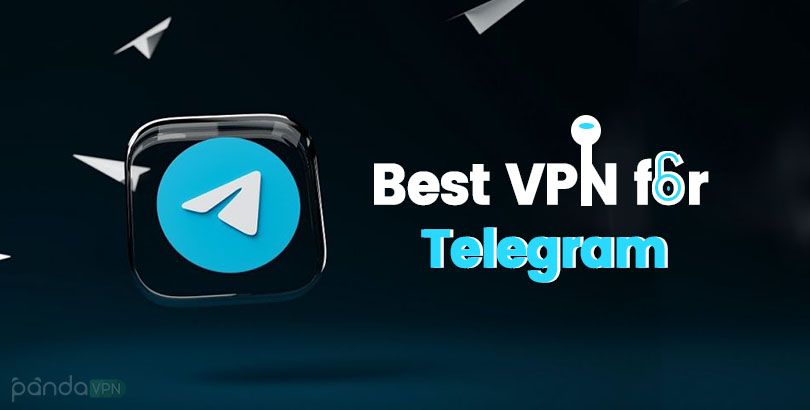 /Blog /Articles & News /VPN VS Proxy: Who Is Better for Privacy, Security and Connection Speed